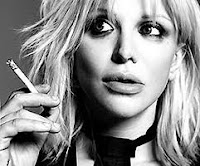 Exactly what fashion designer Dawn Simorangkir did to upset Courtney Love is not clear though reports suggest there may have been an unwelcome bill for some clothing but whether it was the bill or value for money, Courtney Love vented her displeasure online both on the designers website and on Twitter, branding her a lier and thief. Simorangkir issued proceedings in Los Angeles in 2009

News of the settlement has filtered out this week ahead of what would have been the scheduled jury trial in Los Angeles. So we won't get to have a court decision on the boundaries of Twitter in relation to libel but we do get a guideline amount relating to a Twitter-based defamation settlement - and its not cheap!

But this isn't the first Titter action to hit the courts, another case involving New Zealand cricketer Chris Cairns and Lalit Modi who is Commissioner of the Indian Premier League is already listed for trial in the High Court later this year.

Lalit Modi had accused Cairns of being a match fixer via Twitter. The offending tweet was subsequently deleted but - joy of the internet - resurfaced on several sites including this one

Cairns brought proccedings in the UK but Modi sought to have these set aside claiming they were not substatial or 'pubished' enough to constitute a libel. So the interesting question arose as to whether a Tweet was a publication for the purposes of libel.

In a High Court ruling in November last year Mr Justice Tugendhat did not didmiss a Tweet as being a publication and - significantly - also acknowedged that in relation to libel it was not necessarily how many people actually saw/read the words complained of but how many people could potentially see them. This is a departure or develops the previous argument in Jameel v Dow Jones & Co [2005] QB 946 where the amount of people who had actually read a syndicated online article was deemed to be relevant.
Posted by Mediabeak at 1:58 pm