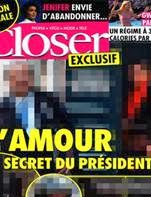 After headlining across the international media at the end of this week and in spite of real news events such as the death of Ariel Sharon, the story of 'scooterboy' French President Francois Hollande and the exposee by Closer magazine of his alleged affair with actress Julie Gayet is still newsworthy - but why?

Stories or rumours about French politicians or even the President having affairs are nothing new (Mitterand secured the attention of Paris Match in that regard decades ago).

What is new is the fact that a French media outlet (in the form of the French edition of Closer) has crossed the metaphorical rubicon in terms of feeling threatened by the suite of sanctions available in French privacy law.

Closer made an assessment not just of the law but also of the mood of the country and took a calculated gamble in running its story on Hollande. French privacy laws are normally referenced with envy by claimant lawyers and observers in other jurisdictions as being 'tough' and ensuring all the excesses of scoop-hungry media are kept in check. This week has seen Closer challenge the status quo and seek to test whether the legislative bark of the French civil code (Art 9) and penal code (Art 226) carries an equally strong bite when it comes to putting political private lives in the public domain.

While Article 9 of the Civil Code guarantees a right to protection of privacy and Article 226 of the Criminal Code takes this further by creating an offence of 'intentionally and by means of any process whatsoever, to infringe another's privacy by (relevant to this case) 'recording or transmitting, without his or her consent, the picture of a person who is in a private place'. But to the extent there are laws that do provide for the President's (or indeed any citizen's) privacy, why should this guarantee compliance with them? Up to now, French media have, on the whole (Closer, Voici, Public and others being occasional exceptions), operate within the law and left politicians and their dalliances alone. Recent years have however seen a shift and more of a willingness to challenge this status quo.

The French edition of Closer is no stranger to pushing the limits when it comes to privacy:

Its decision to publish pictures of Kate Middleton (the Duchess of Cambridge) sunbathing topless while on holiday in 2012 caused widespread condemnation and also ended up with legal action. While French privacy law may be tough on legislative provision and sanction, it loses its deterrent from a commercial risk assessment perspective when it comes to the fine or punishment. 5 pages of topless Kate saw Closer ordered to destroy and/or hand over all the pictures and face a EUR10,000 daily fine IF it passed on or republished any pictures.

Similarly, when, also in 2012, VSD, Closer and other magazines printed snaps of Hollande and Trierweiler on holiday in the south of France, Trierweiler set the lawyers lose but the fine that got handed out to VSD was EUR2,000. So we may have laws that punish but the fines hardly deter.

According to reports in various French media, Closer's decision to publish was strategically well prepared - it doubled its print circulation and distributed it early (and more or less sold out its doubled print run) and then pushed the story online. Is Closer in breach of French privacy law? - most likely, although even here one could argue that there has not been a divulging of Hollande's confidential comments or emails or phone records or text messages (ex President Sarkozy sued the Nouvel  Observateur over publication of an alleged text message to his former wife ahead of his wedding to Carla Bruni in 2008). Nor has there been any use of image from a private place - the pictures of scooterboy were on a public street.

Aside from a willingness to do the proverbial crime (print a story of pictures that are invasive of privacy) in exchange for the time/punishment (in form of a fine), Closer's argument also seems to be one that comes more from English law than the French, namely that there is public interest in the exposure of the story. Closer came out with some half-hearted line on Friday that the story highlighted a concern over the security of the President. But in terms of public interest there may be a point. While - as has been evidence by both the French press and public being largely disinterested in the story compared to their other European or international counterparts - the French public may not care less what Hollande gets up to in the bedroom (with or without croissants) they may well care about the fact that their President is on top of everything but his politics and policies. If he were running a good government and enjoyed a moderately satisfied electorate then affairs would be something private and not of interest to the French public BUT he is presiding over what is rapidly turning into a farce in terms of his political credibility. In this regard the choice of a comedy actress as alleged concubine has some irony at least.

So what Closer's exposee has highlighted is not so much an alleged affair which was by all accounts one of Paris society's worst kept secrets anyway, but the fact that a President who should be getting his country, party and policies in order is busy presiding over a domestic side show that calls into question his focus on the job of being President.

We know that Gayet has already unleashed her lawyer on Closer who agreed to take down their online offering (big deal given they had earned their cash from the sold out print circulation already) and Hollande has threatened to do so. Meanwhile Trierweiler has managed to get a look-in on the story by securing headlines over her hospitalisation for what Le Monde reported as being a 'gros coup de blues'. What have any of them to gain by dragging out this story in a courtroom? Beyond seeing justice done by Closer getting a judicial telling off and fine for disregarding any of their individual privacy, court action will not endear Trierweiler any more to the people than it will Hollande. Gayet might get some mileage but would many publicists out there suggest that a romantic association with Hollande is going to boost your career or reputation?

Hollande may actually have achieved something here though!

In deciding to push the door open on what the media can get away with in terms of publishing and in terms of taking a calculated gamble on invading privacy to sell a story, this whole affair could see French privacy law disarmed from its restrictive reputation and shown to have no greater ability to protect misbehaving politicians or celebrities from being exposed in the media than the laws in other European countries.

What is interesting is that to the extent the French public profess disinterest in such media driven tittle-tattle, Closer did appear to make the right commercial call in terms of upping and shifting the circulation of its print magazine.

Posted by Mediabeak at 2:37 pm