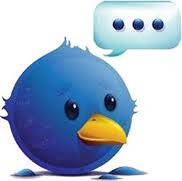 The Tweetosphere is coming increasingly under the spotlight of libel laws and the Uk has seen its possibly first High Court action following an electoral spat between by-election candidates in Wales that supposedly left a Caerphilly councillor 'open to ridicule'.

The allegation and story are actually more mundane than the potential precedent this case sets. A competing council candidate had tweeted that his opponent had been 'removed by police from a polling station' without elaborating on or substantiating the tweet which his opponent argued was libellous.

This isn't the first Twitter related libel - or Twibel - action - Courtney Love's case stole the lead on this - but what is interesting is that while this settlement was considerably less than the Courtney Love action ($430,000) and was for libel actions a paltry £3,000 - part of the settlement involved publishing an apology on the offending Twitter site.

More from BBC
Posted by Mediabeak at 2:49 pm